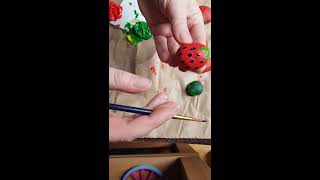 As we enter the summer months here in the UK, the Buzz Club projects are all off their starting blocks and we're looking forward to this full field season. So it seems time for an update on our progress, as well as some of the behind-the-scenes work! Remember, all of our projects this year can be joined at any time.

Polli-Nightors walk started in May, and participants have been out and about at night, recording invertebrates found visiting their flowers. The activities spotted do seem to be mostly 'sleeping in flowers' so far, but hopefully as those night time temperatures creep up we'll start to find more active insects, rather than just cosy ones.

Hoverfly Lagoons continues to be popular with the Buzz Club and beyond! Linda recently did a session for her local community garden about all the ways you can add water to your garden (especially if digging a pond isn't an option), which went down well with both adults and kids. After all, how many other wildlife gardening explanations allow you to use the phrase "breathe through their long bum-tube"?

^ Bee waterers; wildlife ponds in old bowls / sandpits; hoverfly lagoons (various containers); and even considering how you can provide safer water for birds in the current bird flu climate.

You can join in with the project, or just add some hoverfly lagoons to your garden. Ellie is still working on her paper about the strawberry pollination role of hoverflies (watch this space); so if you are a strawberry grower, it might be worth sneaking some in nearby.

^ Easier to find shade in the more established patch!

Earwi'GO! started this month as a (fittingly) two-pronged project: 1) 'Earwi'GO Again', which is a modified repeat of our pilot year, comparing different fillings of easy-to-make earwig hotels; and 2) Earwi'GO Mobile homes, where we see if those hotels can be used to move earwigs into more desirable places in the garden. The first earwigs have been spotted, although as with last year, not actually in this project - a few of this year's juveniles were found hiding out in offcuts from bee hotel tubes left on ground level. Another potential hotel filling type? Or just some squatters? We did have some fantastic alternative hotel types tried out alongside the planned ones last year, so there's plenty of space to get creative within the project if you have an idea!

Garden shop calculator is free to download, and with the start of strawberry season in many places it's a good time to get started; finding out how much £ that fantastic bee effort adds to your gardening.

And finally, the Air Bee 'n Bee questionnaire is still open. With many species of spring-nesting solitary bees finishing up, now is a good time to take stock of any bee hotels you have - and we're interested to hear about it. What worked / what didn't / if you spotted anything unusual.

Bee-hind the scenes, Linda has been trying out some different homemade bee hotels with a view to what we might do next year, and it's definitely been interesting! Chopped up bamboo sticks have done well, enthusiastically accepted by the bees that nested in little holes in that wall last year. The first hotel filled up fast, although it is not clear how far along the tubes have been used. We don't want to damage the bees, so it might be next spring before we find that out. Also tried out a mug-based hotel, put up at the same time as the second floor of the old pipe hotel - although both perhaps too late in the season to get as much use as the first one.

Tried something different in the back garden: setting up a post with drilled holes; at the same aspect & height as the ones at the front, and tied against a tree. None of these holes have been capped (possibly no nesting?), but lots of bees seem to be using it to rest in; during the day and especially overnight. Spotted a few different species as well, either using the holes or investigating them. Perhaps this is more of a literal bee 'hotel'? Is it providing a useful resource as safe resting spaces, even if it apparently isn't what they want to nest in?

Bees don't seem to be hanging out in the bamboo canes now they have finished nesting, but the post hotel is still very occupied.

Dave has uploaded the video of a talk he recently did for Butterfly Conservation onto his youtube page: 'The Plight of Insects, And How You Can Help'. https://youtu.be/-WgdI07RGek

That's all for now!